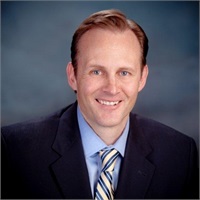 Prior to opening Peak Financial Network Solutions in 2008, Dave served as the Director of the Financial Institutions Division (FID) at Beneficial Financial Group where he was responsible to develop establish and grow investment programs within Banks and Credit Unions throughout Utah, Idaho and Nevada.  The FID grew to the number one, third party provider for market share within three states.

A graduate from the University of Utah with a Bachelors of Science degree in Finance, Dave resides in Draper, Utah with his family.