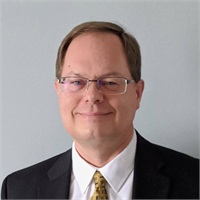 James got his start in the securities industry in Japan in 1991. After two years there (during which time he met his wife), he transferred with his firm to Hong Kong where he worked on the Hong Kong Futures Exchange and wrote a post-market commentary with option trading strategies. In 1995, he and his wife returned to the States, where he traded stocks, options, and forex for himself before eventually joining what became Morgan Stanley Online in their margin department. James also worked for Pershing in Los Angeles for three years before returning to Morgan Stanley in Utah, most recently spending nine years as a Risk Officer there assigned to work with their top-producing complex.

James and his wife have three grown children, including the oldest who is low-functioning autistic. They live in Riverton, Utah.